GoI launched its first ever urban development scheme in 2005 named Jawaharlal Nehru National Urban Renewal Mission (JNNURM).  It was the first massive scheme launched for redevelopment of Indian cities and was extended till 2014. This was followed by the Smart cities mission launched in 2015 by the Modi government.   Here is a list of basic differences between the 2 schemes.

First the moniker - ‘Mission Transform-Nation’ –  PM described Smart city mission as  the Mission Transformation and is one of the most ambitious project of the Modi government to make Indian cities world class smart cities.   It had unveiled the first 20 cities on 29th Jan 2016.  The selected cities had to form SPVs before March 31st to receive the first stage of funding ie, Rs 200 crore. Deadline to start commencing the work is June 25, 2016 . Almost all the 20 cities have formed SPVs and are beginning to initiate the works. The list of these Top 20 are given below: 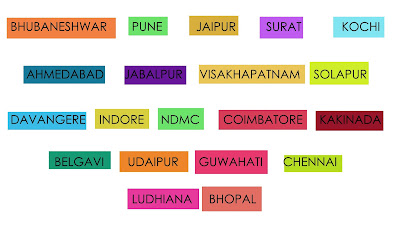 Smart or Prodigal??
When we look at the proposals for these 20 cities, a large number of them have chosen e-governance and intelligent city operations as  their Pan city initiative. Its no surprise as the mission document gives high emphasis on smartness and thereby smart technologies. Every city has tried to, in fact, was indirectly forced to adopt some sort of IT technologies in their proposals. For eg, with regard to Pune’s public transportation, the most important requirement is the  increase in fleet size of buses and better routing; but what gets place in the smart city proposal is real time tracking and monitoring, cctv, LED monitors ,vehicle health monitoring systems etc. For solid waste management proposals, cities have introduced weight sensory bins, GPS monitoring and tracking of vehicles etc (Jabalpur, Jaipur, Indore) and there is no mention on how this waste is to be disposed off . Do Indian cities really require weight sensor dust bins which costs around 3-4 lakhs per bin??

Same is the case for almost all proposals. By giving over emphasis on smartness, central government is forcing the cities to adopt technologies which are not even required in their cities and spend exorbitant money on them. Cities are forcefully adopting these not to be left out from the funding and to be included in the mission. 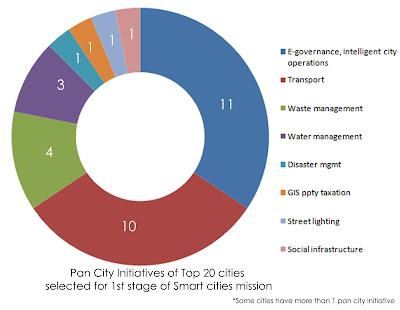 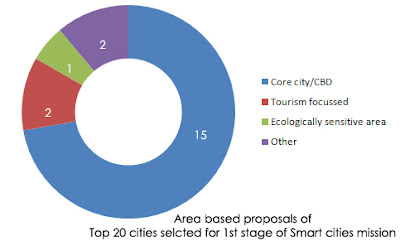 In short, the mission aims at creating a small area in the city smart rather than the entire city smart! 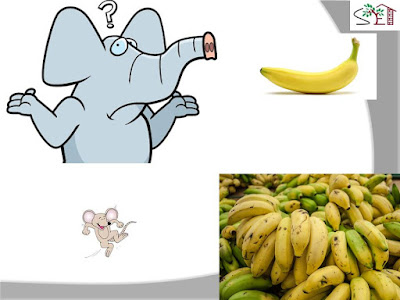 Inviting your suggestions and opinion on this development model..

Posted by Unknown at 4:44 PM No comments: