INECC Talks by Ajita Tiwari: Towards Raising Regional Climate Ambition in the Asia Pacific - Where is the race?

I had the opportunity to participate at The Asia Pacific Climate Week ( APCW) 2019 which was designed to advance regional climate action. This was aimed to support the implementation of Asia Pacific countries Nationally Determined contributions ( NDCS) under the Paris Agreement ( PA) on Climate change and action to deliver on the Sustainable Development Goals ( SDGs). APCW was envisioned as a stepping stone to the 2019 “Climate Action Summit in New York- A race we can win, A race we must win” .

This UNFCCC led conference was timed when climate emergency is upon us, at a time where countries in the Asia Pacifc region face new climate realities, where surprise is the new normal, hazards are less predictable, exposure is growing and vulnerability is compounding. The region has been battered by disasters and extreme events; vulnerability is growing and is almost double in the region, with rising economic losses. The 2019 Asia Pacific Disaster report shows that the region is at risk and is running out of time. It also points out that climate risks account for 85% of the region’s losses.

The deliberations at APCW were organized across nine themes including Raising ambition and NDC implementation, energy and industry transition, nature based solutions, infrastructure, cities and local action including building and transport and climate finance. Most of the session were “closed” ( read ‘by invitation only’), and our engagement therefore was limited to the platforms of the ‘Action Hub’ , where my colleague, Siddharth D’Souza presented on a waste to energy project; the Knowledge Corner, which served as an excellent space for sharing and networking. The other learning and updating space was from the side events and a few plenaries.


In this blog I share a few thoughts that emerged while attending a few sessions. The discussion on cities interested me as we ourselves are engaged with the discourse on ‘sustainably smart cities’ in India along with emerging discussions on technology and reflections on adaptation and resilience.

With diverse cities like Beijing, Mumbai, Dhaka and Osaka in the region the discussions highlighted the challenges for a low carbon, inclusive and just transition in the context of growing socio economic pressures (continuous inflow of migrants) and frequent disasters. While it was understood that the cities are gearing up for action and city mayors are motivated to take climate actions, the understanding of cities from the perspective of ‘limits to growth’ was challenged. In the current paradigm where cities are seen in isolation with its immediate peri urban and rural communities, forces us to think as to what extent and how long can the city take the pressure? Unless, of course we change the paradigm of looking at cities. The need to look at the urban, peri urban – rural interlinkages and understand interactions of energy, food- water- manpower, resources etc. While theoretically this makes perfect sense, the challenges lies in its operationalization, i.e governance. In the current paradigm with sharply defined jurisdiction of cities and villages, blurring of jurisdiction is not easy, in the way we operate. For the urban – peri urban – rural – tribal continuum, the key is overhauling the governance: defining the limits to growth of the city, recalibrating the resource pool, the infrastructure need, considering new skills and capacities, building in effective vertical integration, bringing in new partnerships and draw the low carbon city development plan benefitting all. While this looks to be daunting and time consuming, a thought that immediately comes to mind is that is city retrofitting even possible - A retrofit, that is not only disaster proof, low carbon, resilient but also promises development for all?

Resilience , Inclusion and Empowerment : Empower the poor with big data and technologies

My understanding of technologies so far has been centered around decentralized community based low carbon interventions which meets peoples’ needs  in climate friendly ways. However, the emerging understanding of technology at the APCW certainly overwhelmed me. It pointed towards fast paced, giant leaps that technology was making for addressing the climate crisis. Technological innovations like the Big data, digital identity systems, risk analytics and geo spatial data seemingly offers unprecedented promise to reduce barriers in information flow to include and empower the community at risk. While we need to catch up more on this aspect, the need to empower ourselves first to be then able to empower the community seems like the way forward.


Science Based Adaptation: It’s about communities…

A lot of discussions centered around riskscapes and the need to invest in resilience to outpace risks, to develop risk informed system based approaches for scientific adaptation planning and decision making. These typically include
i. Understanding local realities: What kind of risks are the communities facing?
ii. Understanding and defining tipping points within the community and ecosystem context,
iii. Understanding slow onset of events in micro climate of our areas of operation while also understanding impact on ecosystem services.

However, at the very core lies the question of how do we translate this science into adaptive and resilient solutions? Solutions, that mould communities into green and resilient communities. Financial institutions seem to have come to the rescue by demanding for “bankable" adaptation projects. The idea of “bankability" stumps us, those of us who work with the communities given the fact that one has to prove the bankability of adaptive projects for communities who have been the least contributors to the climate crisis. The first generation adaptive responses just cannot afford not be resilient enough because time is running out and economics fail us in the long run. The idea of bankability needs a serious rethinking in contexts where community based adaptive project is crucial for their very survival.

The issue of resilience building becomes even more tricky in a situation which is ever dynamic, and where science is bringing in new data. New data and information requires new changes to design adaptation actions, and new adjustments to be made. Adjusting very fast to the evolving changes is the key to thrive but the moot question is how do we go about doing this? Are our systems equipped enough to respond to this dynamism? therefore how do we institutionalise this dynamic nature in the government decision making systems?

Can we consider context specific climate finance instruments ( some refer to this as blended finance at the provincial level) to better serve and respond to the dynamic adaptation contexts of the communities?

The recommendations from the APCW is expected to feed into the climate Action summit. The Climate Action summit tagline is “A race we can win". At the APCW at least the ‘race’ was certainly not evident with almost no concrete conclusions on raising ambition in NDCs even by high emitting countries in the region. I would rather say that the race should at least begin, if we are looking to meet the urgent need to address climate change, foster resilience, achieve the goals of the Paris Agreement, and meet the Sustainable Development Goals.

We hope the passionately expressed words of the youth participants at the APCW would drive ambition and trigger action by the countries before it is too late!
---

Posted by Samuchit Enviro Tech at 8:27 PM No comments:

MUSINGS FROM PRIYADARSHINI KARVE: One and Only Solution to Climate Change? 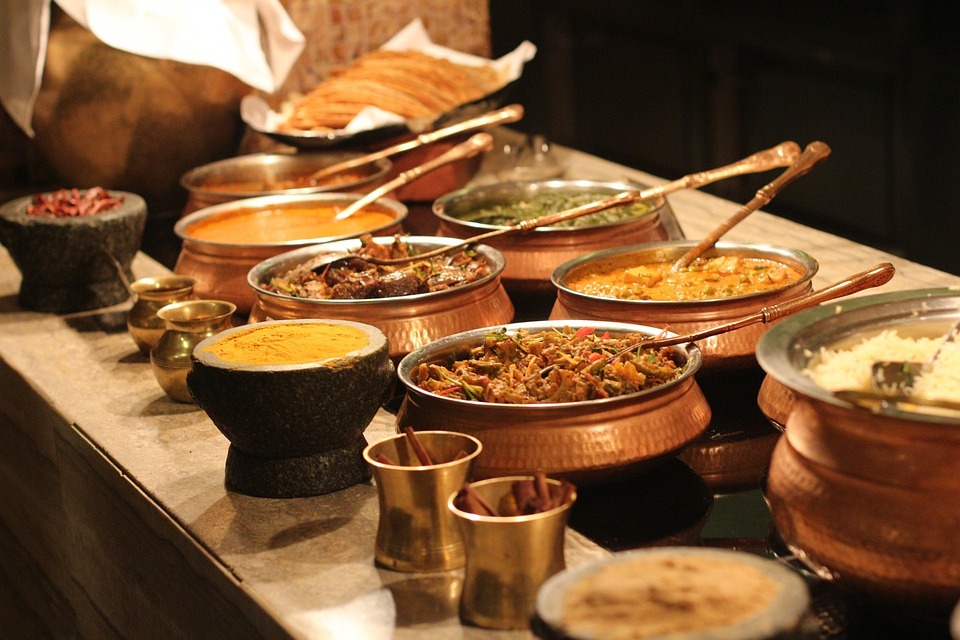 I have absolutely no problem with people wanting to go vegan or whatever other food preferences they want for themselves, based on any moral, ethical or whatever reasons of their own.

I have serious concerns about promoting 'veganism'  (or any single lifestyle change for that matter) as THE ULTIMATE and UNIVERSAL solution of climate change.

The earth and its atmosphere is a complex system - both scientifically and socio-economically. Climate change is a complex problem - both scientifically and socio-economically. Every human culture is playing a different role in this complexity, some aspects of which are positive and some are negative. Recognition of climate change as a universal problem to be tackled by everyone is one thing. Demanding that everyone should address the problem using the same and single strategy is an entirely different thing. We need an array of actions to tackle this complex problem. Moderation in access to all sorts of resources, including food, is indeed a common thread in most solutions, but the specifics of that moderation required of different cultures will obviously have to be different.

We generally develop simplified models to understand the complex geological-biological world around us. Often analysis of data based on simplified models suggests one thing, but reality is much more complex. Total abstinence and bans have never solved any social or environmental problem in the past. On the other hand, there are many instances of unexpected disasters caused by such measures. From that perspective too, I have serious reservations against any measure that talks about total exclusion of something or total ban on anything.

There is also another aspect to this. Even in the Western world, where veganism and curbs on industrial agriculture (which includes animal husbandry) will indeed have a significant positive impact in terms of climate change, I think that the fashion of projecting veganism as THE ultimate climate change solution has potentially dangerous consequences. It is interesting that most vocal supporters of veganism in the West are the rich and famous who otherwise live a very energy intensive lifestyle. So are they going vegan to eliminate the feeling of guilt about their mansions and yachts and private jets? Will going vegan then justify ramping up everyone's personal use of fossil energy?

I repeat, the same problem exists with any single action being projected as the ONE and ONLY solution of climate change. For example, going totally off fossil fuelled transport can be a personal choice, but it becomes problematic if that is recommended as the one and only prescription for the entire world to address the problem of climate change! Will it then be ok if I went everywhere on a bicycle but lived in an airconditioned mansion and ate nothing but meat??

It is admirable and good to feel passionate about a cause and to promote it with enthusiasm. However, I sincerely request my vegan friends to not fall into the trap of finding 'the single ultimate truth'! Truth is always relative and comes in hundred shades of grey! Same is the case with solutions to climate change.